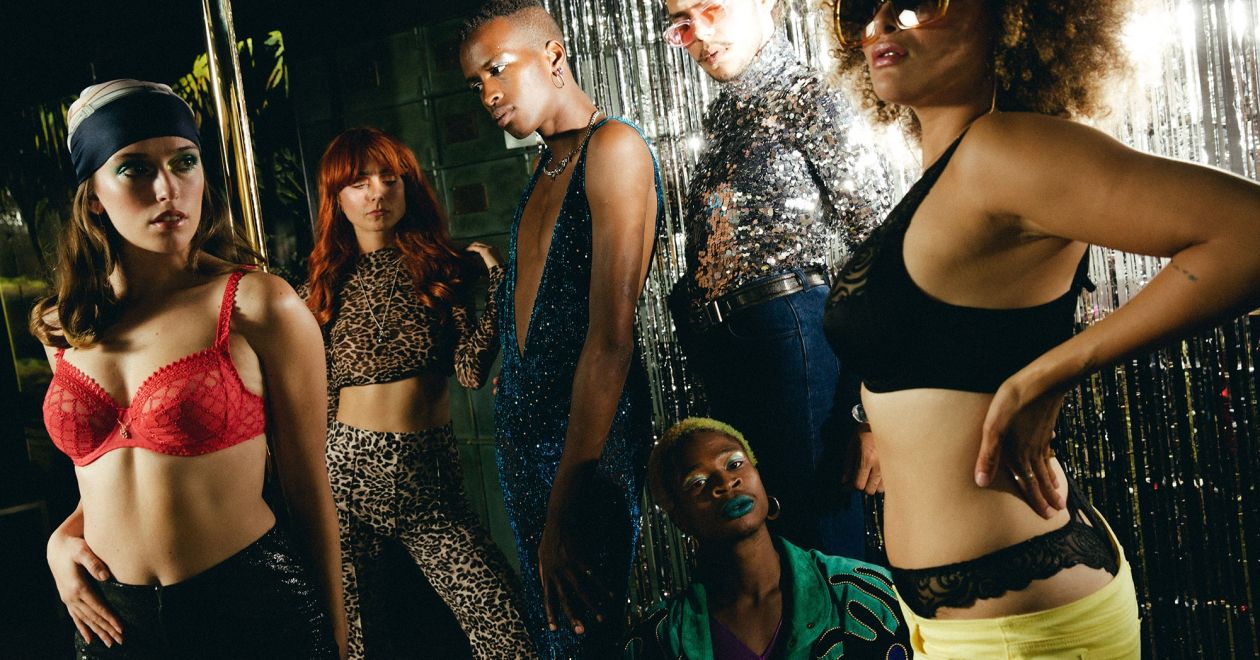 Whenever Louisa Bracq announces an upcoming new collection and launch campaign, we can barely contain ourselves. Their campaigns are insanely creative, visually striking, and their lingerie collections are masterpieces of elegance and refinement.

Here comes another fine example with this new campaign inspired by the Beatnik subculture - personified by authors and poets such as William Burroughs and Jack Kerouac - which decidedly put the spotlight on communities traditionally marginalized and as such, became the precursor to the sexual liberation movement in the 60’s.

These particularly emancipated times were rich with sophisticated outfits, devilish nights to the sounds of disco at Studio 54, the whole bit against the backdrop of a dazzling architectural New York, the city that never sleeps. 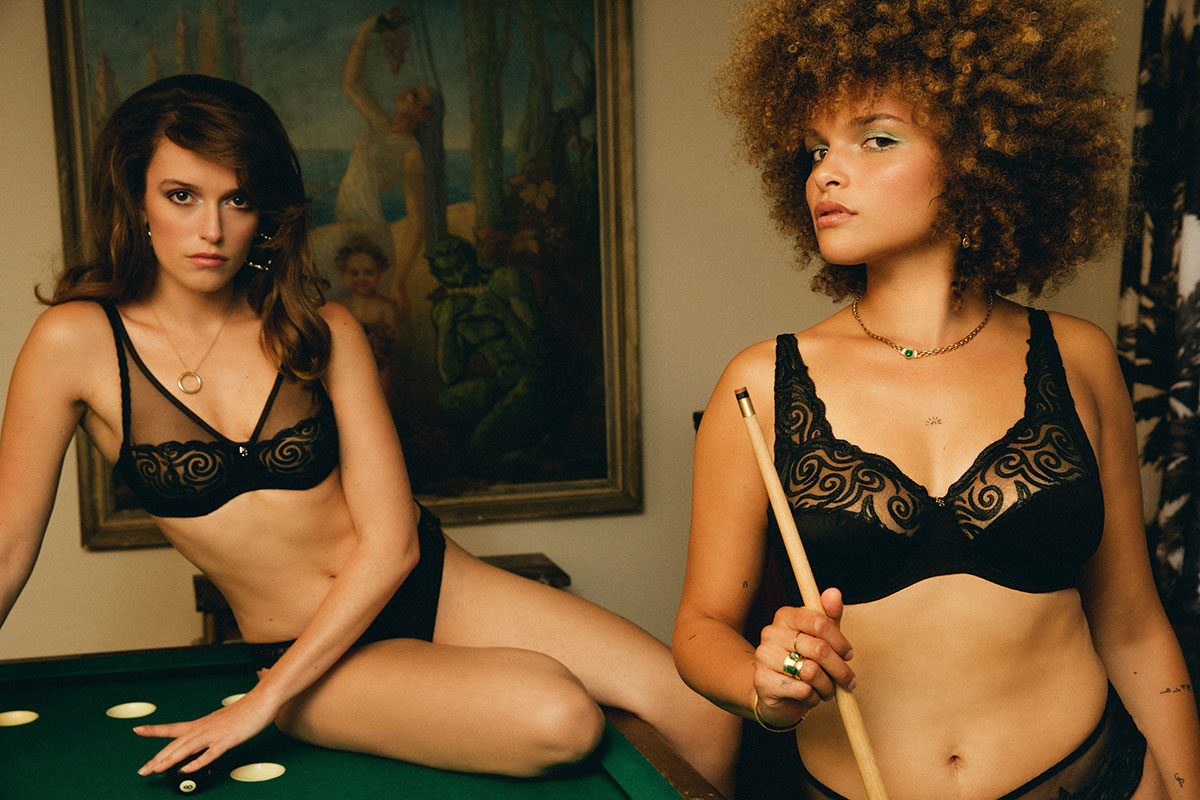 Stylized Art Deco meets striking tribal tattoos in this contemporary collection called Tribal. Tribal motifs were re-worked to be made rounder and more feminine while keeping their visual intensity. The mix of satin black fabric and transparency embroidered with a sparkling silver thread is positively mesmerizing.

Special mention: the Tribal asymmetrical dress with a round neck, a deep V cut in the back, and delicately embroidered short sleeves. 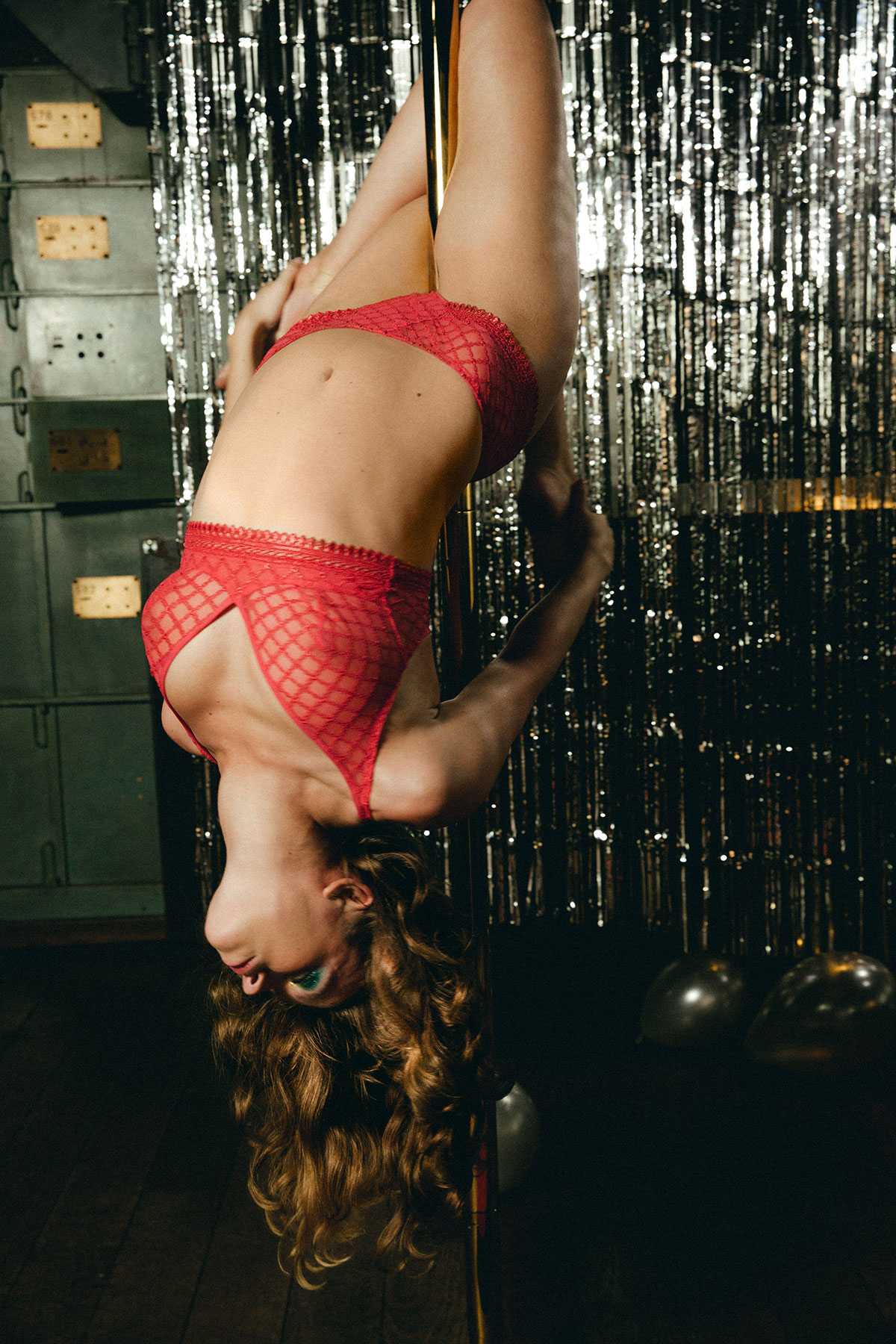 Inspired by the "Unruly Child" of the 60's Paco Rabanne - the iconic Spanish fashion designer who rose to fame in the French fashion scene in the 60's and 70's - the Paco collection in a divine hibiscus hue was made for troublemakers. No chainlink can keep our wild hearts in our chests, except for maybe the chainlink motif (and amazing structure and support) on every piece of this collection.

Special mention: the glorious hybrid of two absolute classics, or when the bodysuit meets the button-down blouse, and together become the body chemisier. 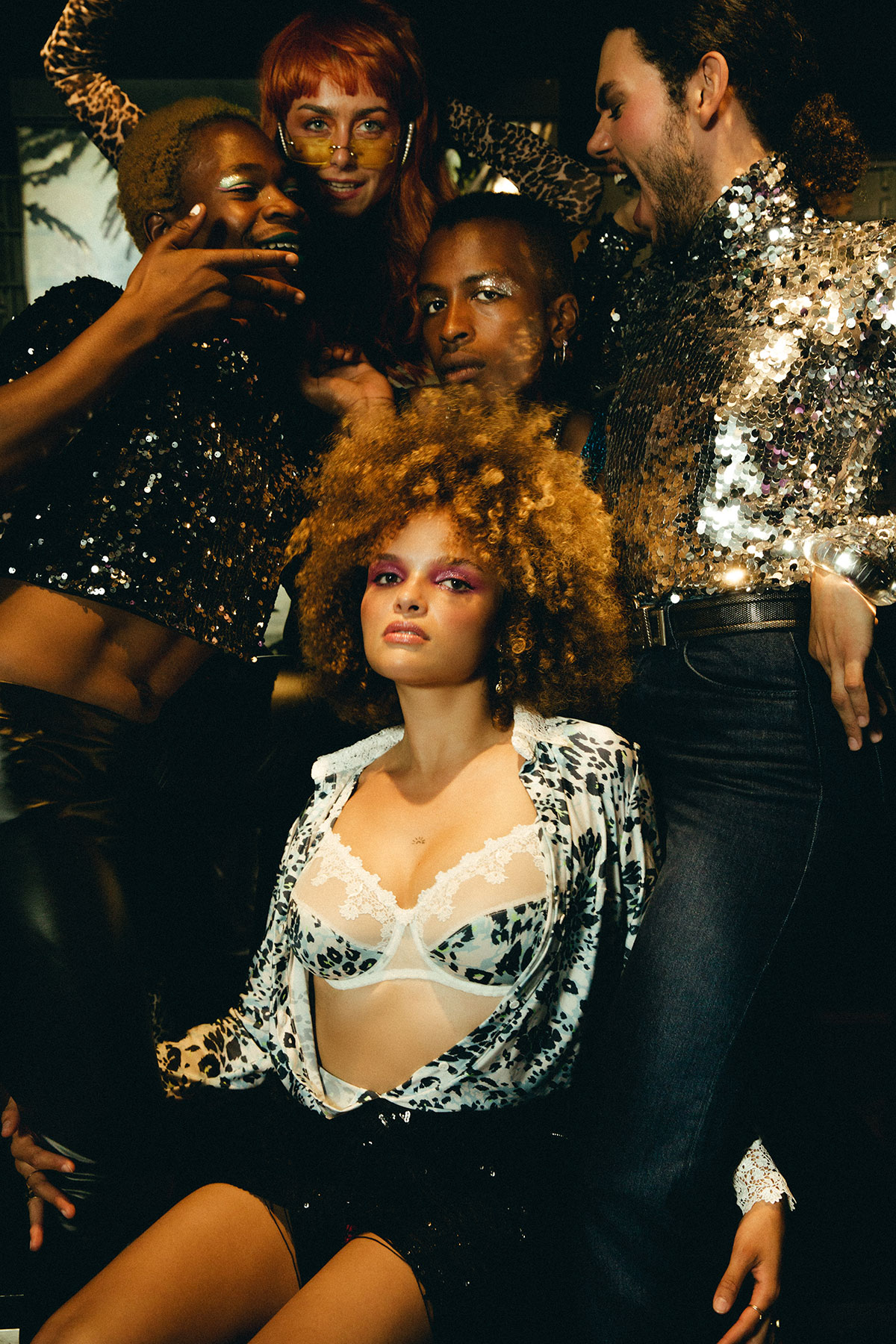 In homage to fashion Designer and feminist Diane Von Fürstenberg and her unparalleled use of patterns, this leopard print was reimagined in bright colors stereotypically used in the Pop Art movement and Andy Warhol’s work. With a sky blue background dotted with dark blue spots and splashes of apple green, the Camo collection is all fun, all play, and absolutely no work.

Special mention: the silky, stretchy blouse that’ll go with all the bottoms. 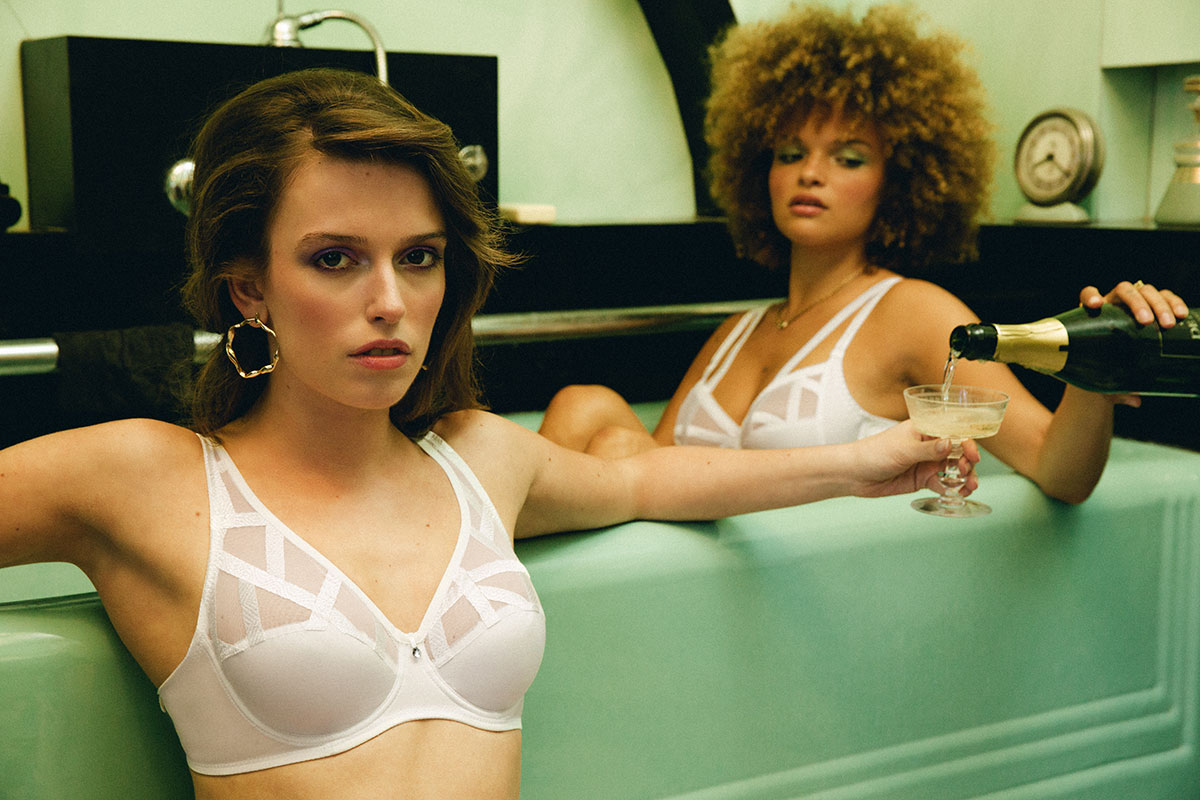 The Série collection and its geometric embroidery suggesting leather offers ultimate elegance with an edge. This season, it comes in a crisp, clean white, just in time for warmer days. 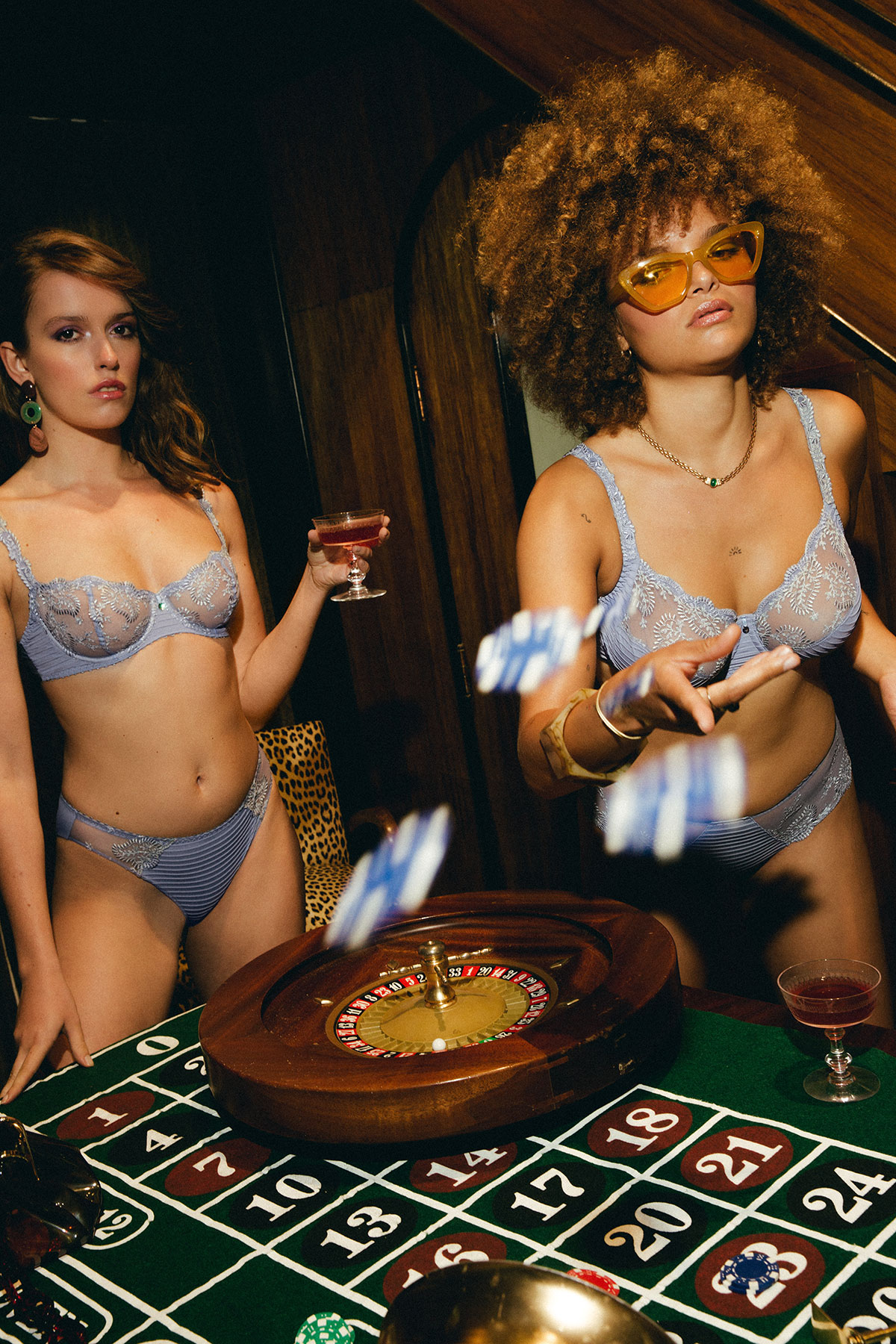 Élise, a must-have from Louisa Bracq with a romantic leaf embroidery, now comes in a cool pearl blue color with an iridescent shimmer.