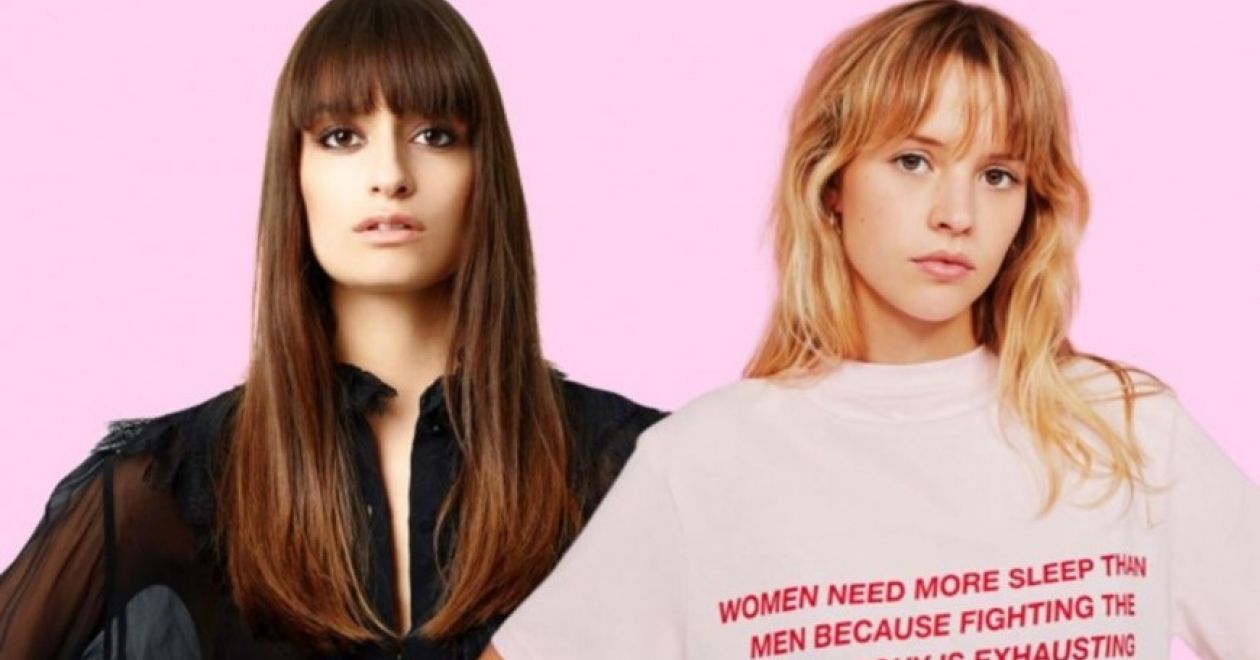 
If you didn’t know, the French do Electronica particularly well. Bon Entendeur is setting France on fire right now. The trio considers francophone culture a bottomless source of inspiration, and it is! Their MO is to mix soundbites and spoken words from French artists, media figures, politicians, with eclectic music ranging from electro to disco and hip hop. They want to capture the French spirit, only to un-French it with beats from around the world - here the French version of "Mas que nada" by Jorge Ben. The result? Tracks perfect for year round listening, but particularly fit for summers around the swimming pool. Or on a beach somewhere.


French rapper Nekfeu collaborated with French actress / musician Vanessa Paradis (yes, Johnny Depp’s ex-wife) and her recognizably juvenile voice to record this exquisite track. A dreamy melody provides the perfect container for a declaration of impossible love, the stuff of Romeo and Juliet. “There are many but there’s only one, and it’s you”, so many promises for this romantic balad we just can’t stop listening to.


Angèle is the songwriter and pop artist who’s been missing to French music for years… except for the tiniest of details: she’s Belgian. She quickly rose to fame after the success of her first album Brol released in 2018. Her superpower is to make her shameless personal and political messages taste like cotton candy, and we mean this in the best of ways. Armed with contagious beats and colorful (super fun!) music videos, she delivers to us the bitter truths about our society’s dysfunctions, addiction to money, slavery to social networks... Her excellent title Balance Ton Quoi is a feminist anthem which references the French #metoo movement “Tell on your Pig” (Balance ton Porc) and relates her and her female friends’ struggles with the pervasive sexual harassment women are still and ongoingly submitted to. Watch, it’s fun, we promise.


Geneva-born, Paris-based pop visionary Charline Mignot, aka Vendredi sur Mer (“Friday at Sea”), has been making waves with her futuristic sounds, dreamy electronic beats and lush synthesizer melodies. She’s leading the revival of 80’s French lounge and we’re forever thankful. Her sensual lyrics take us listeners through her deep, oniric and glamorous dreamscape. We just wish her imaginary world was our reality, and her music, the soundtrack of our life.


France has been cashing in on its somewhat passee reputation as the hotbed for everything romantic. Images of beret-wearing French nationals frolicking about town, alternating passionate kisses with biting into baguettes and devouring cheeses, all to the tune of Edith Piaf’s inflamed chants, are impossible to shake. It all used to be true. And while having this cliché of an experience in France and Paris is still very much possible, one has to exert a certain level of effort to make France the vintage dystopia we still imagine it to be. Much to the dismay of the masses of tourists who pour into Paris daily (special winks to the Japanese tourists who are known to experience depression upon their return to their homeland), Paris is, not unlike other metropolises around the world, diverse, edgy, bitey with sharp teeth. Aya Nakamura, the queen of French urban music, delivers Pookie to the world and with it, the most viewed music video in France of 2019. You should know that this is, absolutely and definitely, France too. In her songs, Queen Aya calls for respect, female empowerment and rise against colorism. Enjoy this come-to-Jesus musical intermission. There’s more where this came from!


Miss Luciani released her very first solo EP, Monstre d’amour (“Monster of Love” in English), in 2017 — a collection of songs she wrote while she was trying to recover from a breakup. Raw and authentic, passionate to the max, her lyrics (“Under my breast, the grenade”) conquered the French public at large. Her on stage melancholy, recognizable bangs and piercing dark eyes render this madonna and her passionate performances completely unforgettable. Guaranteed to get under your skin and stay there for a very long time.