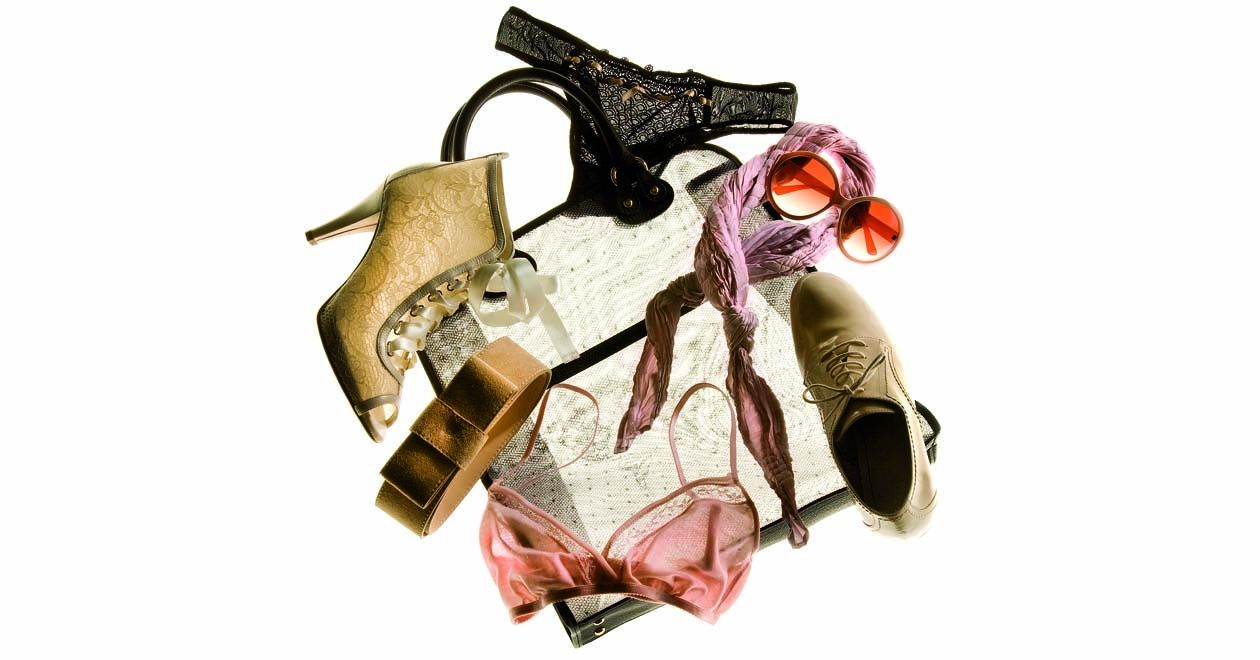 “Lingerie is the poetry in a woman’s wardrobe”:  These wise words are the inspiration behind Lingerie Briefs, an industry news hub founded by entrepreneur and art lover Ellen Lewis. Lewis has an incomparable background in nearly every aspect of the retail and wholesale industry:  She spent eight years working with Abraham and Straus Department Stores, 12 years with Macy’s as a Buyer, Merchandise Manager and VP of Intimate Apparel Private Label, and additional years overseeing product development for a number of lingerie brands. 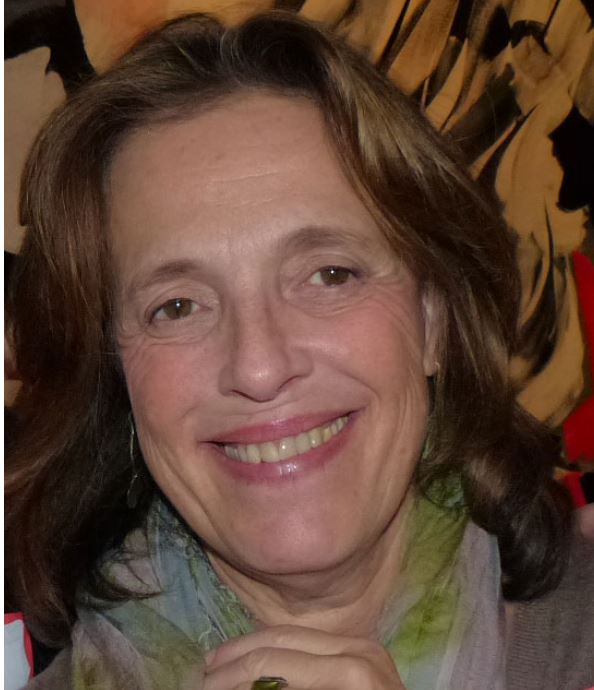 But Lewis also has a deep connection to France. She is a keen connoisseur of its culture and, more specifically, its lingerie. We at Lingerie Française recently spoke with Lewis to get her take on how French lingerie is faring in the U.S. and what American women can learn from their French sisters.

Lingerie Française:  Tell us about your experience in France.

Ellen Lewis: I’ve studied French my whole life and have always been French-obsessed. I went to France when I was in high school and lived with a French family. I wanted to be an interpreter for the U.N. and involved in the French world. Now, I’m in France and involved in its culture all the time through its lingerie. I've come to realize that there is no other culture in the world that understands lingerie like the French culture: It’s like they French invented it.

LF: They did in a way, if you’ consider that they invented the corset, which was the birth of lingerie as we know it today. There was a time when American women went to Paris to get fabulous lingerie – you couldn’t even get it here in the States. Now American women can’t get past a certain price point with bras and are slow to invest in intimate apparel. What’s up with that?

AMERICAN WOMEN ARE ALL ABOUT EXPOSURE: IF YOU CAN SEE IT, YOU SHOULD SPEND MONEY ON IT: THE POCKET BOOKS, THE SHOES. BUT WHEN IT COMES TO WHAT’S UNDERNEATH, THERE’S ALMOST NO SELF-RESPECT.


EL: Women have no problem spending a fortune on their shoes – which is one of the areas of the body, like the breast, where comfort really matters: for posture, for a sense of feeling liberating and easy-going, for self-esteem. Think about it: How do you feel in a pair of shoes that doesn't fit well? You can’t even focus. American women spend an  exorbitant amount of money on shoes. Either they buy tons of them for several hundred dollars, or they’ll spend $300 or $400 on a pair that they’re only going to wear a few times – and they don’t even feel comfortable. Why? Because the shoes can be seen, that’s why. 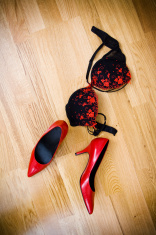 FL: So it’s about exposure?

EL: Yes. I think American women are all about exposure: If you can see it, you should spend money on it: the pocket books, the shoes. But when it comes to what’s underneath, there’s almost no self-respect going on.

LF: That’s a profound observation that goes to the heart of the difference between French and American women.


EL: Yes, it’s true. And French brands are marketing to this difference, to this aesthetic of tasteful exposure; they are all about quiet elegance. French lingerie is sensual and gorgeous; French brands are taping into the American psyche without being racy. We’re just starting to come around to it in this country.

LF: I think there’s also a problem with the word “lingerie” in English. It’s a very ordinary word in French; not so in English.

EL: Frankly, I think it creates an immediate perception of "naughty" in the consumer's mind. This is not at all what the actual French brands connote. The actual French brands are perceived as luxury, elegance and creativity. I think our Puritan heritage has a lot to do with these differences. In fact, I think that America is a very Victorian society. We’re incredibly tight-lipped about certain things that relate to body expression, and yet we’re also a very pornographic society. That’s why there’s so much resistance on the surface –we don’t want to show anything. 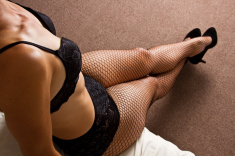 LF: Or we show everything.

EL:  Right. It’s very extreme. I remember when I was 16 and was returning to the States from France. I had a book with me called LA FEMME; it was a black-and-white photography book with photos of women whose bodies looked like landscapes. I got stopped at customs because of the book – this was in the 1960s; customs officials actually pulled the book out. I had bought it at a bookstore in Paris, but they didn’t want me to take it into the U.S.  They eventually gave it back to me, but it was quite a surprise.

LF: It sounds pretty basic, but you have to try on a French bra to understand how exceptionally well-engineered it is. American women have to get past their issues with price point, but once they try on a great French bra, they never go back.

EL: This is true. I used to go to Paris and spend $400 on a Kenzo bag, but it took me awhile to be convinced to spend money on an Empreinte bra. Once I tried it on, however, there was no turning back. Also, the minute I started wearing it, I got incredibly positive comments from people who noticed a difference in my posture, my waistline, the way I held myself. People even thought I’d lost weight. It took me a long time to realize that investing in these French bras was investing in my self-esteem.

American women need to get the message that when you stand in a bra that fits you correctly, your whole persona changes: Your posture is better, your waistline shows, you don’t even realize it but you’re standing differently, particularly if you’re a large-busted women.  Also, when it comes to the craftsmanship that goes into French lingerie, there’s no comparison.  It’s art.
FL: French women grow up with lingerie as art!

EL: I remember going into Printemps department store in Paris many years ago. I wanted to try on this gorgeous French lingerie in B and C cups, but I’m a 34G. When the saleswoman came up to me, I told her: “I’m just going to try these on.” And she took them all to the fitting room with no qualms: these bras were beautiful, and if they didn’t have them in my size, I was still going to try them on simply because they were beautiful.

The average American consumer doesn’t have the same relationship to aesthetics. Over 60% of business in the U.S. is in molded t-shirt bras that don’t really fit women over a size DD. In France, they didn’t even know what a molded cup was until relatively recently. The reason why some of your French brands like Simone Pérèle and Chantelle are doing business in the United States today is because somebody listened to the American part of their staff when they said: You’ve got do this.

AMERICAN WOMEN ARE FINALLY REALIZING THAT TREATING THEMSELVES TO A GREAT EXPERIENCE IN A LINGERIE BOUTIQUE IS LIKE GOING TO A SPA.


But it’s a very different psyche in France: French women are used to cut-and-sew bras, which are always more lacey. One of the problems in America, which is slowly changing, is this: Ten years ago, you couldn’t have sold a cut-and-sew bra here. Now, finally, it’s becoming more and more accepted. I remember when I was working for a lingerie company and I was wearing a t-shirt with a cut-and-sew bra under it, so you could see a bit of a wrinkle under the t-shirt. My colleague looked at me and said to me: “Ellen, you should know better. You’re wearing the wrong bra.” That was such an American thing to say.

LF: I think American women need to have more of an authentic fitting experience in a boutique or store. They need the experience. In Paris, there are lingerie boutiques in every district.  There’s the cheese store, the boulangerie, the wine store, and the lingerie boutique. 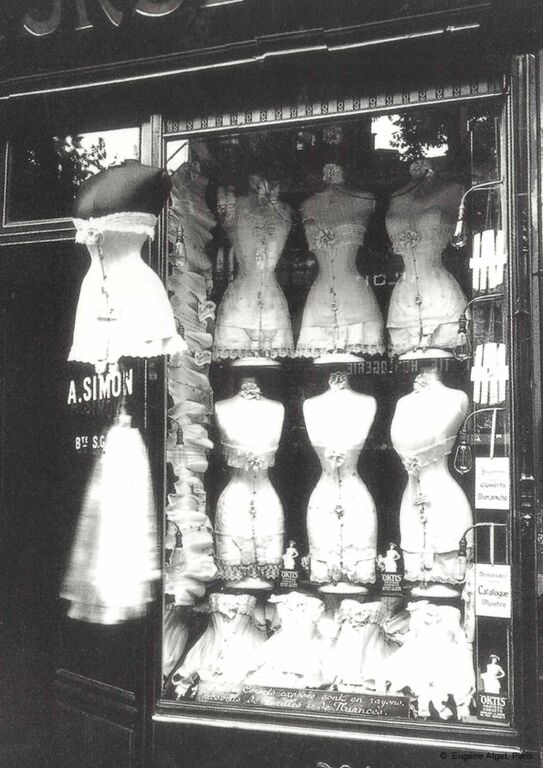 EL: I think that American women are finally realizing that treating themselves to a great experience in a lingerie boutique is like going to a spa. And that’s why I think boutiques have a chance. I wrote an article Creations Magazine that was just published called “The Smart Side of Sexy.” The idea is that stores are finally carrying sexy garments; they are becoming part of the mainstream of their inventory.

LF: Do you think that small lingerie boutiques will experience a renaissance in the U.S.?

EL: I think there’s a slow pendulum swing; you’ll notice this if you look very carefully at what’s happening: people shop online but they like the experience of in-store shopping, too. If a store can offer them something of an experience  - a great fitting or whatever -  I think people will go into stores. I think this is happening. If stores are smart enough to offer a different experience, people will respond. When it comes to basic everyday stuff, they’ll buy online, but most people don’t want to be holed up in their homes.

LF: You also can’t fit yourself in a bra. You can buy 20 online, try them on, and return 19 – and one you keep still might not fit you right. You still need to have the experience of being fitted by an experienced fitter. That’s another thing that French women have over American women: They walk by lingerie boutiques in their neighborhoods more often than American women. They grow up seeing art in the culture at large and in their lingerie boutiques.

LF: That’s right. They understand that lingerie is art. That’s why our slogan is: LINGERIE IS THE POETRY IN A WOMAN’S WARDROBE.